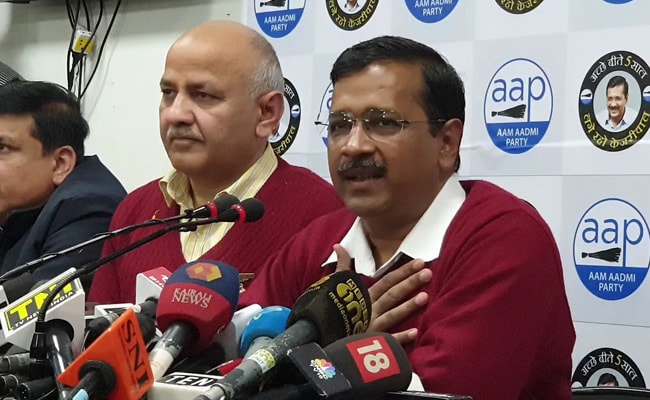 Arvind Kejriwal’s Aam Aadmi Party – locked in a three-cornered fight with the BJP and the Congress in Delhi – released a “28-point guarantee card” today as its election manifesto. Among AAP ‘s big poll promises are round-the-clock markets in the city and expanding national capital’s metro network to make it the “world’s largest”. The AAP, which has claimed an easy win due to a ‘pro-incumbency’ wave in the national capital, has also promised “patriotism” curriculum in its manifesto. AAP chief Arvind Kejriwal, who is seeking a second term, today said that people in the city and even his rivals are impressed with his government’s performance. The Congress and the BJP have already announced their poll promises.